Players worldwide are battling it out in local story tournaments to represent their faction and secure points on the leaderboard. These efforts have not gone unseen! The leaderboard has already shifted with the success of the Nekrium Faction as they race to the new source of power.

What was once a battleground between the Forgeborn is now a peaceful yet hollow landscape of melting ice. Where there was once a sea of crystal clear ice, there was now a massive crescent-shaped artifact called, The Silver Arc.

Though it was Steel Rosetta who claimed this exalted place for the Alloyin faction, it was Cercee who realized that there were other artifacts, just like this one, thawing in the frozen wastes and waiting to be claimed. While the other Forgeborn contemplated the meaning of this new artifact, the Dead Queen wasted no time and immediately set out in search of more.

In addition, a new deck story from a Cercee deck from the PAX story event has been released:
Title: Oak and Bone // Decks: The Curators of Tiring & Contingent of Cobra and Adapting // Written by V.S. Holmes 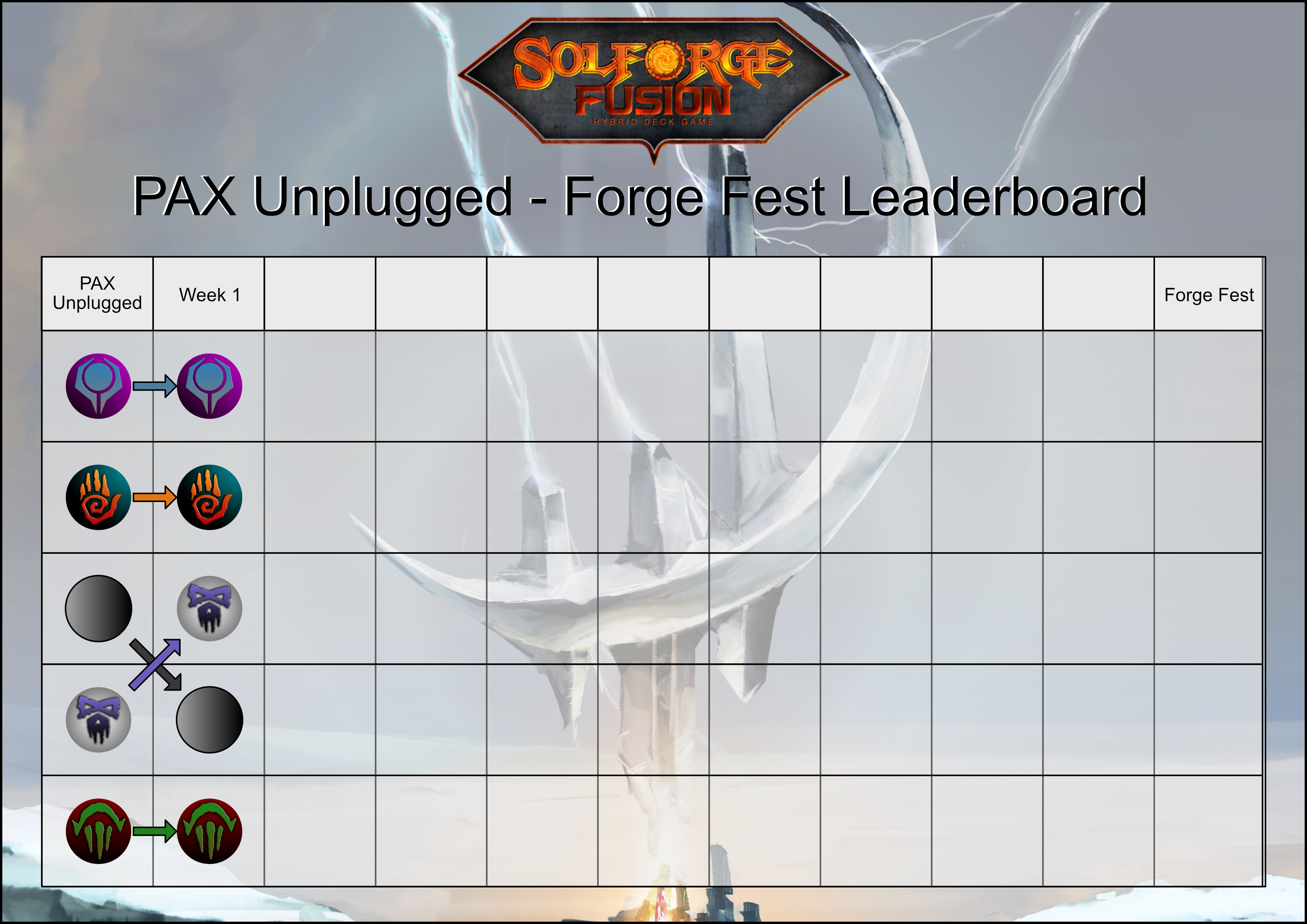 What are the Forgeborn racing towards, and why do my results matter?

PAX Unplugged saw the Forgeborn fighting over an unknown source of power. While Sunder led the charge, it was ultimately the Alloyin, lead by Steel Rosetta, that won the race and changed the shape of the landscape in the direction of the Alloyin: 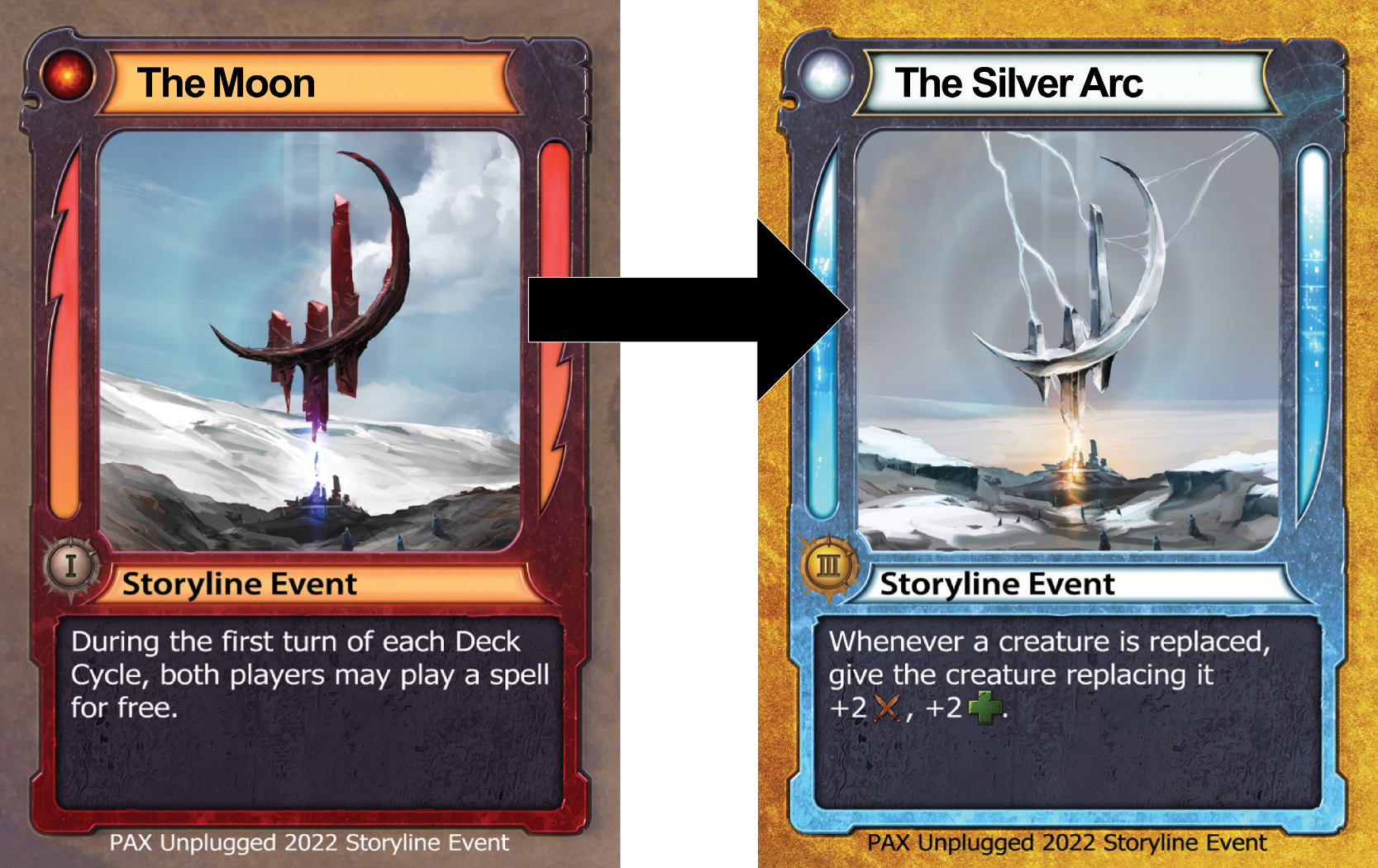 With that, the shape of Solis has been changed forever, based on the players who took part in the event.

Now, across the world, everyone of you can impact the next change in the world of Solis. The results from these events will impact the leaderboard which in turn will impact a card in the future of the game.

Results from Store level events will reveal the next unknown source of power, with the leading Faction having an impact and shaping the location.

The combined results from PAX Unplugged, Store level events, and Forge Fest will impact yet another unknown location and source of power on Solis

Make sure you take part in your local events between now and Forge Fest to ensure you impact the future of Solis.